I had my own object theater solo at the strategic theater festival Mimamusch.

I had several improvised shows, sometimes also with objects from the audience (including sweets that melted in my fingers and a nose spray): 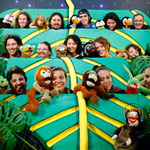 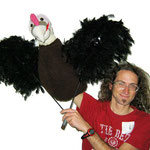 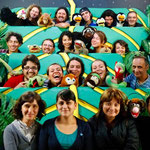 2010 I went to a workshop for tv-puppetry which also was kind of casting for the new season of the tv series "El show de Perico". Animal muppets in an intelligent talkshow-format with serious topics (death, consumism, water...). I am the condor.

2009 I was supposed to do the last details as a co director when some things just did not work out as planned in summer. The play was based on a children book and we had 2 weeks to construct and rehearse the piece while slowly puppets and set would arrive.
It was great fun working as a director, but also I would love to present it myself as an actor to the audience since it is not played anymore. 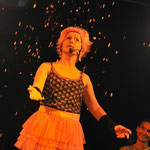 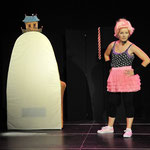 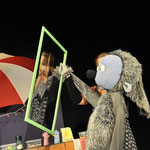 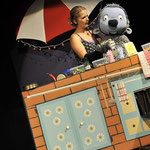 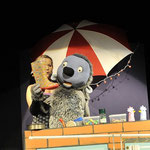 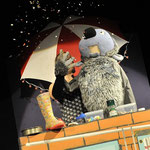 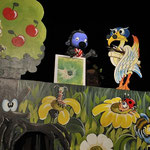 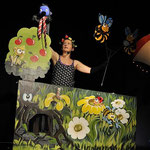 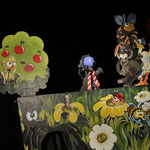 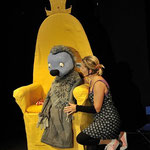 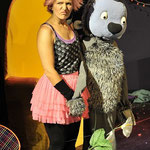 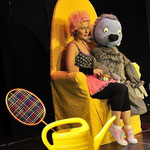 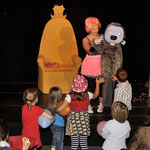 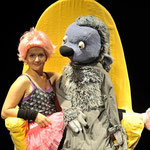 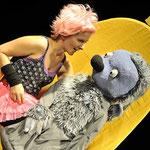